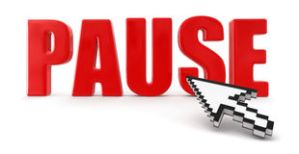 After the Illinois budget hadn’t been passed for several weeks, I was laid off from a job I’d faithfully had for 12 years. I was laid off for a month. During that month, I applied for a job as an Administrative Aid at a nearby church….Although I did get called back to my job, I was offered the admin aid job to my surprise…I took that position and am happy about the decision I made…While it was sad to leave after 12 years, I couldn’t risk being laid off again as the IL gov still has not passed a budget……I enjoy working with churches, meeting people and learning new things…….After the year year I’ve had, a new start is what I needed anyway……A fresh beginning for whatever my life has yet to offer….

As I start something new, I did leave something behind almost a year ago. It was something that hurt my heart, spirit and soul…..It took so much of my energy trying to make it work. There are times, I still feel unsure about what I did but I am only human and we all our doubts about the decisions that we make. I’ve heard the saying, “when one door closes, another one opens.” I seem to find that saying true, as there have been a few multiple doors that have opened as others have closed. My life has been an interesting ride- and it isn’t over yet – and I hope the road still continues on.

When things happen in your life and you live in a small town -sometimes- people talk. Or you might get lucky, and they say things straight to your face. Sometimes that can be good – other times, it can be bad. What I don’t like – is being judged… And that I was. Judged by a person from a place I had been attending since I was a child- I won’t name the place, for privacy reasons, but let’s call it, a house of “God.” … I am beginning to think that some of these “houses of God,” carry more judgement than the outside world sometimes…. I was told I needed to fix something that was broken. I made a choice to leave a relationship – so – it wasn’t broken. It definitely had its mishaps as the years went on…

But if I made a choice to leave something that was hurting me – then – it wasn’t broken. Nothing needs repaired-well perhaps my heart… But, other than that, I only wish that people would keep their opinions to themselves… There is an old saying… “If you don’t have anything nice to say – don’t say anything at all.” And that saying will ring true- no matter what decade or century….

I am not broken. I am just growing. Nothing needs glued back together… perhaps some revamping…But I ..am not a broken person. In some ways, I am just beginning…on whatever this path is that God has laid out for me…