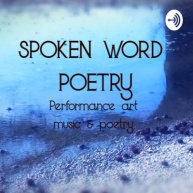 A few days ago, I recorded my poem, “His Choice,” about an angel who fell to grace, to save a world from despair…

You can list to the poem by clicking below:

Listen and read along to the poem below:

It stood on the corner of its high rock cliff,
peering down at an aching world below….

He saw a world of havoc, pain and confusion…
Love was lost in between the waves of dense fog
that hung heavy in the polluted air….

Standing on the corner,
Watching, waiting,
It folded his hands, gathering wisdom,
lost in its thoughts,
as he feathered out his angelic wings,
waiting for a decision to take flight.

Would the people understand…?
…Would they gather around and take note,
of this hurting land?
Or were they blind to all of the obscenities that
would sink this failing world’s boat?

… Will he make this choice,
to fall to his fate,
to recall his human form…
In hope, that one day, love could once again win
from the war of unending hate….

…He watched.
He thoughtfully waited….

A world in so much despair,
But this angel loved so much and had so much compassion-
It was hard not to care…

Peering down at this world,
Waiting for its chance to be reborn….

He folded his unfurled wings, said a prayer,
stepped off his claimed cliff,
and fell,
to save a world from sin.